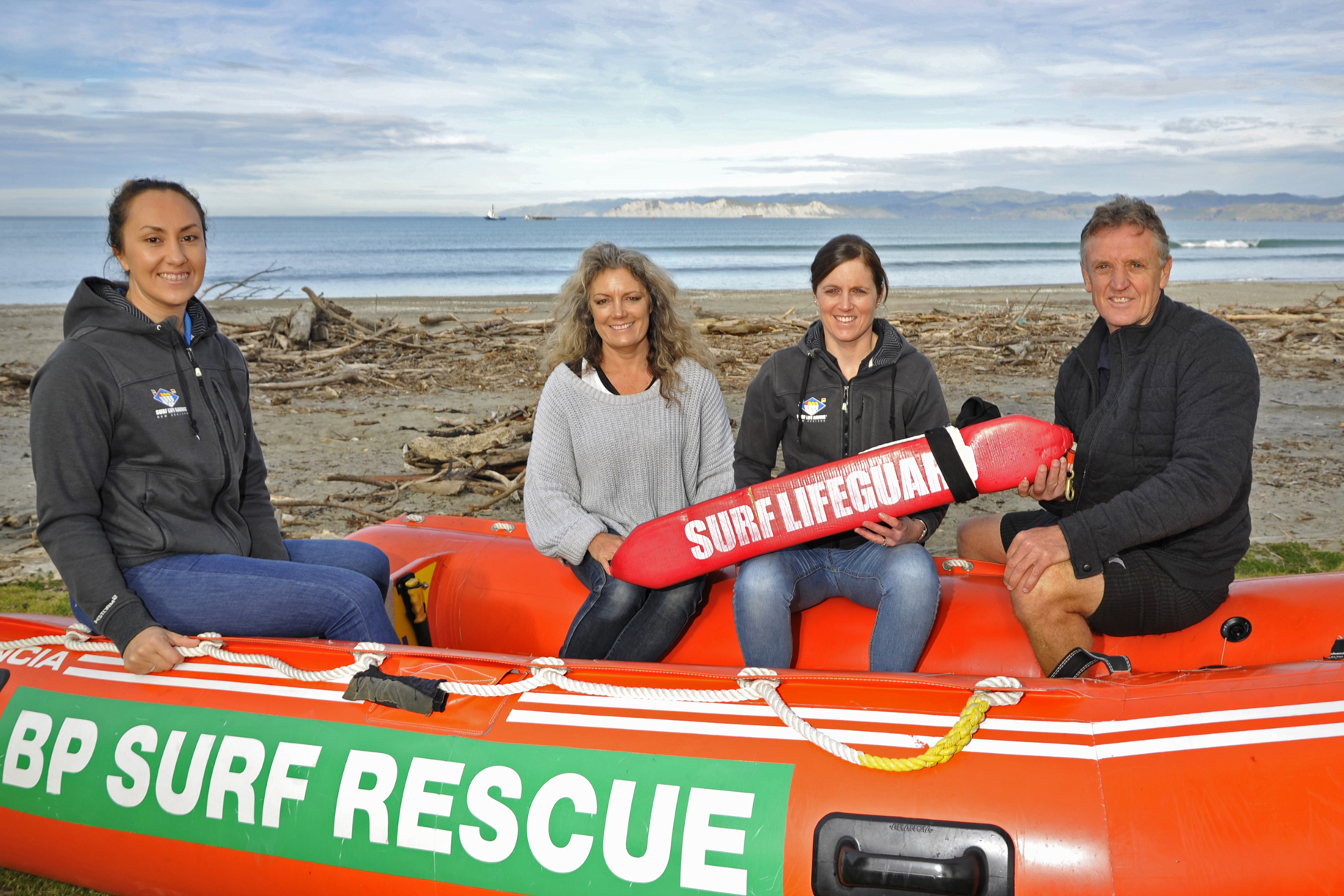 A vital Emergency Call Out Squad (ECOS) has been re-established in the Gisborne-Tairāwhiti area after a three year hiatus, which will service the region for all surf life saving related call out operations, even outside patrol hours and including search and rescue missions.

The aim of the new ECOS squad is to “provide sustainable high-quality Surf Life Saving Emergency Call Out Services in the Gisborne-Tairāwhiti area, which operate outside normal patrolling hours, and at beaches that may not even be patrolled. At times, this squad may also be called upon to help busy patrols, making them an in-demand service.

Last year, lifeguards from the Gisborne-Tairāwhiti area performed 16 searches, with 12 beach rescues, clearly showing the need for this squad to be operational 365 days a year to keep people in the region safe.

However, at present the ECOS squad comes at a cost to both the local clubs and the ECOS members. The Surf Life Saving Clubs are currently funding the squad themselves, while ECOS members are volunteers who are hand-picked due to their advanced surf life saving skills.

Over the year, these members are required to complete numerous training sessions to keep their skills refreshed so that they can safely and effectively respond to the often difficult and demanding nature of call-out missions.

The ECOS squad is a multi-club initiative currently involving Waikanae, Wainui and Midway Surf Life Saving Clubs (SLSC) and currently includes qualified surf lifeguards from Waikanae SLSC and Wainui SLSC, who will respond to incidents along the 30 kilometre stretch of coastline around Gisborne, ranging from the township of Muriwai to Northern Makorori.

The squad is also available for a wider range of responses across the entire Gisborne-Tairāwhiti Region, when called upon by other emergency services. In future, the squad aims to include members from all clubs across the region including Midway SLSC, Tolaga Bay SLSC and Ngāti Porou SLSC.

Chase Cahalane, Eastern Region Lifesaving Manager, says it’s fantastic to have the ECOS back in the region as it’s such a vital resource.

“We are delighted to have the Emergency Call Out Squad back in Gisborne-Tairāwhiti because it is such an important service to offer the community. Our lifeguards operate all year round to save lives, and this is a big part of that,” he said.

“Plus, we know that we have some of the best beaches in New Zealand, which means a lot of people enjoying the surf and amazing lifestyle here. But that also means risk, so it’s great that our surf lifeguards are able to provide this necessary service, regardless of when, how and where people are in trouble.”